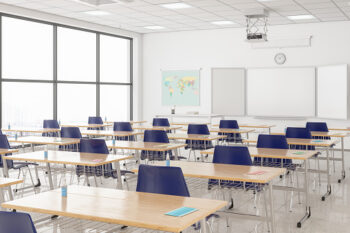 Connecticut’s Catholic dioceses have condemned comments made in a video by a public elementary school assistant principal who admitted on hidden camera that he discriminates against Catholics in the hiring process.

“The revelations that an official in the Greenwich school district discriminated against people of the Catholic faith who are seeking employment are extremely disturbing and should be treated as a serious breach of the public trust and state laws,” Christopher Healy, executive director of the Connecticut Catholic Conference said in an online video posted Aug. 31.

Healy called the alleged discriminatory practices at Cos Cob Elementary School “unacceptable” and called on the school district and the state’s department of education to investigate the matter.

“The comments regarding Catholics as well as indoctrination techniques by the Cos Cob Elementary School assistant principal are vile and they do a profound disservice to the many Catholic teachers in public schools both in Greenwich and across the state,” he added.

The comments were made by Jeremy Boland, assistant principal of the Cos Cob Elementary School in Greenwich, Connecticut, one of the wealthiest municipalities in the country.

Boland, who was secretly recorded in conversation with an unidentified reporter from Project Veritas, can be seen saying “You don’t hire them” in response to a question asking about Catholic applicants in the hiring process.

“So, would you ever hire a Catholic then?” the female journalist, who was sitting with Boland at a restaurant, asked in a follow-up question.

Boland responded, “No, I don’t want to … Because if someone is raised hardcore Catholic, it’s like they’re brainwashed. You can never change their mindset. So, when you ask them to consider something new, like a new opportunity, or ‘you have to think about this differently,’ they’re stuck — just rigid.”

Tori Jones, the superintendent of the Greenwich Public School system said that a full investigation is taking place. Jones added that the school doesn’t “support any opinions that promote discriminatory hiring practices based on race, religion, gender, or age in any way, and we want to remind our entire community that our curriculum policies and procedures are strictly enforced by our Board.”

The video has been viewed more than 210,000 times. Boland has been placed on administrative leave, wtnh.com reported.

In the video Boland also indicated he thinks that parents do not have a responsibility in shaping the type of education children are receiving at school.

“I can’t get past the parents anymore,” he said.

“So, the parents feel as though it’s their responsibility to shape the schools, which then shape the kids, right? So, because I can’t get past the parents, do I really have as much of an influence on the kids as I want? I try in my own way … But right now my job is to hire the right teachers.”

“We work for the kid,” he answers.

The journalist responded, “So, it’s not about the parenting?”

Boland made additional comments about the application process saying that he wouldn’t hire an applicant who would choose siding with a parent when asked the hypothetical question below: “So, in a meeting with the parent, you propose the plan you develop for your student to develop these reading skills and these concepts, and the parent disagrees with you, how do you handle that?”

If they answer that they would side with the parent, “they don’t get the job,” he said.

Healy, speaking on behalf of the Catholic dioceses of Connecticut, said that “It is our hope that this is an isolated incident and not reflective of all the dedicated teachers, administrators, and support staff, who are trying to provide a quality education to our children.”

He added, however, that “this is an important moment for all elected officials to denounce these practices and to guarantee that any parents or student who do have concerns about the quality of education be respected and heard.”

“Our nation was founded on the inalienable right of freedom of religion. Any attempt to infringe on that right, no matter what faith, must be a priority of those we have entrusted to enforce those laws,” he said.

​​”Discrimination of any kind has no place in Connecticut, especially in our public schools. This is not aligned with our Connecticut values. The Connecticut State Department of Education is aware of the incident, has been in contact with Greenwich Public School administrators, and is monitoring the situation’s progress,” he said. 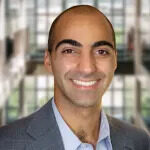